THE ROAD TO EDEN 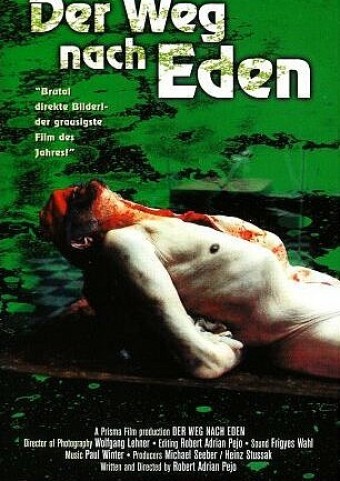 „What happens to people after they die? What does the end of the line look like? What happens to our bodies? How are we prepared for our last journey?“ Janos Keserü is a senior dissector and mortician in Budapest, and as such the last travelling companion of the dead.

The Road to Eden follows his daily routine. Kaserü has been familiar with death all his life, having learned from his father how to take a body apart and put it back together again for a funeral. He has strong views on the transience of life, the question of an afterlife, and how people can prepare for death. Pejo filmed Keserü`s activities as coolly as possible, but the images are often more gruesome than those of a splatter movie. Nothing is more ordinary than a corpse in today`s cinema, but Pejo shows that just an ordinary corpse – if it is real – is a little different.

The Road to Eden is less a portrait of this latter-day Charon than an assault on the taboos that sourround death. The film attempts to return death and the body in old age – both of which we have banished from our modern society – to our collective consciousness, and to comprehend them as a part of life.