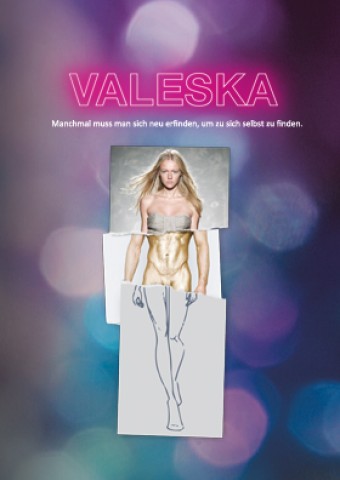 Based on a true story, VALESKA tells the exciting story of the young Valeska. Discovered by a fashion photographer in the 80s she is becoming a top model overnight. And suddenly Valeska is part of the glamourous fashion world she enchants with her humorous nature. But nobody suspects that Valeska has a secret: She is a man.