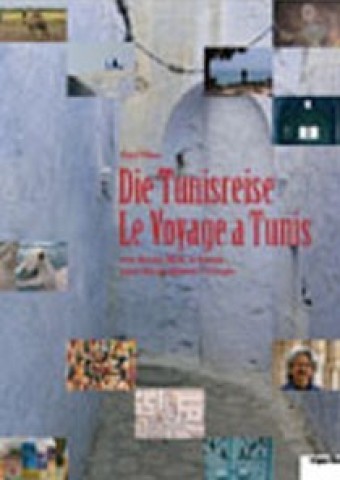 DVD at
Amazon
The film follows the seminal “Journey to Tunis” undertaken by the painter and draftsman Paul Klee along with two of his artist friends in April 1914, an event that produced some of the highlights of European painting. Nearly one hundred years later the Tunisian-born filmmaker Nacer Khemir, who was deeply influenced by Klee’s oeuvre, retraces their itinerary: Tunis, Sidi Bou Sais, Hammamet, and Kairouan are the stations of this unique journey.
Bruno Moll’s film Die Tunisreise [The Journey to Tunis] follows Nacer Khemir on his excursion into his own past and the history and culture of his country. Both Klee’s and Khemir’s medium is the image; both artists’ works are guided by the question of the potential of images.
This film, which unequivocally adopts Khemir’s perspective, retraces the importance of Klee’s journey by linking it not only to his own work and thinking, but also to contemporary Islamic culture as a whole and the ban on images in particular, and eventually focuses on the relations between the East and the West.
Die Tunisreise bridges two artistic ways of life in two different eras by underlining what unites them, though never concealing what separates them.