PROFILERS – GAZE INTO THE ABYSS 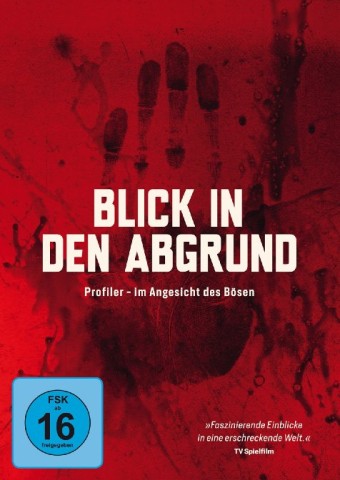 “Gaze into the abyss“ is a journey into the world of evil – seen through the eyes of criminal profilers, who deal with the dark side of mankind. The evil has always been a source of fascination. Bestsellers, movies and TV series exploit the gruesome phenomenon of serial killers and mass murderers, reaching a mass audience in the US, in Europe and all over the world. Criminal profilers are usually portrayed as superhuman:

They penetrate the sick minds of serial killers with almost infallible acumen and seem to be at least as intelligent as the psychopaths, if not even superior. But how are things in real life? What do we find behind all that supernatural nonsense? What if we get rid of the old stereotypes and follow criminal profilers in real life? Usually movies concentrate on the serial killers. But this documentary film focuses on the profilers, their struggle, their suffer, their passion, their theories, and their progress. It’s a simple fact: criminal profilers such as Helen Morrison, Thomas Müller or Paul Britton have to deal with the worst excesses of murderers, maniacs and rapists day after day. Their job entails an enormous psychological and physical burden.

Paul Britton (UK profiler) wrote in 1998: “If your job means that you have to confront the most atrocious kinds of murder on a daily basis, this means that you cannot escape from what you have experienced. Each time I delve into a new case, my ability to enjoy life further diminishes.” – The different ways in which profilers learn to cope with their daily work routine, their attitude towards evil, the disparity between the stereotyped profiler and the real profiler – these are the issues to be dealt with in the film.